Yes, the weather in Amsterdam is always different and unpredictable. So always bring layers of clothing. However against a storm like yesterday, no clothing can protect.

Hundreds of trees fell over in the city, causing dangerous situations. Canals and streets were blocked and even some cars were distroyed. It only took a few hous for this unusual summerstorm to do a lot of damage. Trams did not run in the afternoon and many people just stayed indoors. 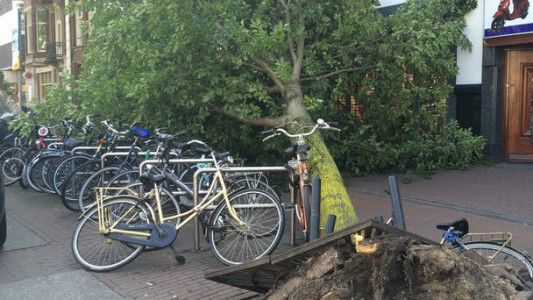 Enthusiasts have tens of thousands of hemp seeds planted yesterday in Amsterdam’s parks and gardens. The project, called ‘Eden’ is an action against the dulling of Amsterdam. It is funded by the Awesome Foundation.

About forty kilos of seeds were handed out in Vondelpark. In groups, the seeds were sown on foot and by bicycle through the city. Not only in the Vondelpark, but also in restaurants and in the gardens of the Rijksmuseum.

The project is an action against the dulling of Amsterdam, says Noah of the collective. “Gentrification in general, actually; the whores disappear, coffee shops must close. Look, every great city is constantly changing (..) but Amsterdam has something magical. If that disappears, and then we get yogurt bars in return, that’s just too bad. “

When the plants come out, the weed is actually smokable… 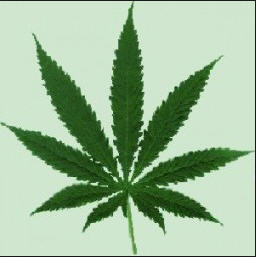 years later this will be commemorated with 50,000 dahlias in the form of a self-portrait of Van Gogh on the Museumplein. Dahlias are currently growing behind the family home of the painter in Zundert. The flowers will be mounted on a panel of eight by eight meters. Annually the largest flower corso in the world is held in Zundert, the birthplace of Vincent van Gogh. Normally the flower corso has no theme, but this year an exception is made for the 125th anniversary of Van Gogh’s death. The Dahlia tableau is placed next to the Van Gogh Museum. The museum is also working on a major renovation of the entrance. Visitors to the museum can use the new entrance,which has cost 20 million euros, from September.